Dog Did You Knows: Interesting Facts About Complex Canines

Dogs are unconditionally loyal, admirably positive, and truly man’s best friend. But, dogs are also amazing, complex, and fascinating creatures. To know a dog is to love them, and our Oliver Animal Hospital team thought you would like to learn more about them. A left-pawed dog, for example? We share fascinating  facts about dogs.

A dog’s sense of smell is much stronger than a human’s—about 10,000 to 100,000 times stronger. To try to grasp what that means, consider what Alexandra Horowitz, a Barnard College dog-cognition researcher, writes in her book Inside of a Dog: “While we might notice if a teaspoon of sugar has been added to our coffee, a dog could detect a teaspoon of sugar in a million gallons of water (i.e., the amount of water in two Olympic-sized pools). So, the next time your pooch stops abruptly on a walk to sniff their surroundings, give them time to explore their world in the most powerful way they know.

#2: Dogs sweat through their paws

Dogs do not sweat exactly the same way as humans, and sweating is only a small part of their cooling process. Dogs have two types of sweat glands that they use for different purposes:

#3: Dogs are not totally colorblind

Dogs cannot see all the same colors as humans, but they do not see only in black and white. Human eyes with normal vision have three color receptors (i.e., cones), while canine eyes have two cones, meaning that dogs can see on a similar spectrum as humans with red-green colorblindness. They cannot see red or green shades, but can see yellow, blue, and brown shades, as well as various gray, black, and white hues. That’s why they prefer a yellow toy to a red one!

A dog’s nose is like a human fingerprint with a unique pattern of ridges and creases. Their nose print is established by 2 months of age, and does not change as they mature.

#5: Dogs can be right-pawed or left-pawed

While some dogs are ambilateral (i.e., they don’t favor either side), some have a dominant paw. However, unlike humans, who tend to be right-handed, dogs likely have a dominant right paw, a dominant left paw, or no preference.

#6: A dog’s whiskers help them navigate

A dog’s whiskers serve as sensors that guide them as they navigate their environment. While dogs have great hearing, they do not have such strong vision, and their whiskers add sensory input, similar to insects’ antennae. Dogs have better distance vision, and find focusing on close objects more difficult. However, when a dog approaches an object in their path, they stir up air currents that bounce back. Their whiskers can detect the faint vibrations from these air currents and act like radar detectors, alerting the dog that a solid object is nearby. 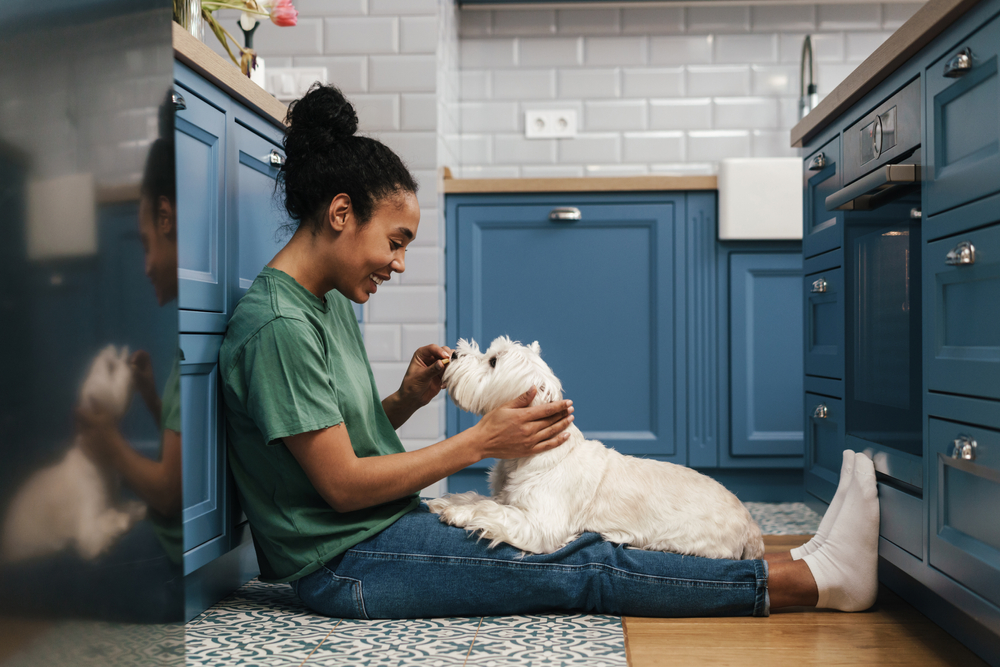 If you want to live longer, get a dog! People who own dogs not only tend to live longer than non-dog-owners, but are also more likely to recover from major health events, such as a heart attack or stroke. Studies have also shown that dog ownership can help lower blood pressure and cholesterol, reduce depression, and improve physical fitness.

Dogs are amazing animals whose devotion and companionship make our lives better. At Oliver Animal Hospital, we care for every dog as if they are our own. Show your special dog some love, and contact our team to schedule their best gift of all—an annual wellness screening.

About the Author: Oliver Animal Hospital

Same Day Appointments Available! Give us a Call, text, or email to schedule!

This will close in 0 seconds